God and Dice: What Would Nasruddin Say? 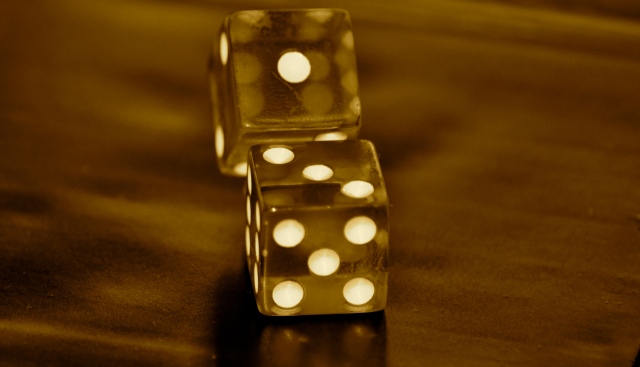 “To live a creative life, we must lose our fear of being wrong.” —Joseph Chilton Pearce

Mullah Nasruddin, as can be seen in the Sufi tales relating to his mis-adventures, embodied the creative life in this sense; he was almost always wrong. He didn’t fear being wrong. Yet it is clear that being wrong on one level doesn’t exclude being right on a different level. In the Mullah’s case, indeed, it can be said that he had to be wrong on the surface in order to point to the truth on a deeper level, thus showing the unavoidable connection between right and wrong, in the human heart, if not in the psyche, at least the conscious part of the psyche. In Aristotelian logic, one can’t be right and wrong at the same time. It is Hegel’s great achievement, particularly from a Sufi/Zen psychological point of view, that in his logic, such apparent contradictions, not just in language but the very structure of reality, are accommodated and developed. Mullah Nasruddin lived this logic.

Having grave doubts about the quirkiness surrounding the quantum theory, Einstein is famously quoted as saying that God doesn’t throw dice. Does He or doesn’t He? Niels Bohr’s equally quotable retort to Einstein was: Don’t tell God what to do!

Mullah Nasruddin reconciles, if that is possible, Einstein and Bohr. I have a fantasy that the Mullah, when confronted with a group of militant atheists, thanked them and told them that they were performing a great service for God and He loved them for that; indeed, that they were doing what they were sent to do. They were iconoclasts, attempting to smash the conceptual idols in the minds and actions of believers, a kind of purification.

Of course, the Mullah had no time or inclination to explain himself; he just said what he had to say and went on his merry way. But we may try to make sense of what he said or did. Even more than Kant’s “things in themselves,” the divine cannot be captured in language. At best, unfortunately, we can form inner concepts, and often external forms, such as idols, about it. So Einstein is speaking not about God but his conception of God, who is, of course, under no obligation to conform to it; in Einstein’s conception, throwing dice is ruled out (for now let us disregard the wager with the Evil One, in the Book Of Job). Bohr is also speaking from his idea of the Almighty, where the concept allows for the throwing of dice. If one grants in advance that any answer using words is bound to be wrong, or at most partly right, it might be said that God both does and does not throw dice. But the Mullah would not give this answer. The Buddha is reported to have refused to answer queries about God and other such questions. Zen masters are well known to resort to cryptic responses like Bodhidharma’s mu, NO or NOT or VOID, which is beyond yes and no.

4 Responses to God and Dice: What Would Nasruddin Say?